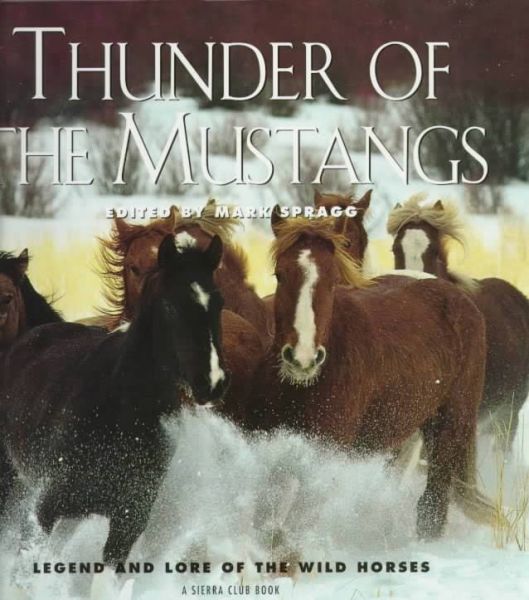 Thunder of the Mustangs: Legend and Lore of the Wild Horses

Wild horses have become icons of a contemporary longing, a yearning for freedom.
Hated by the rancher, loved by those who fear its disappearance from the western ranges,
the American mustang has inspired passionate efforts to preserve the few remaining wild herds.
Thunder of the Mustangs celebrates the legend and lore of this American icon in nine original and
previously published essays and legends by leading American nature writers, cowboys, and folklorists.
The essays are coupled with stunning photographic portfolios by some of the nation's best nature and wildlife photographers.