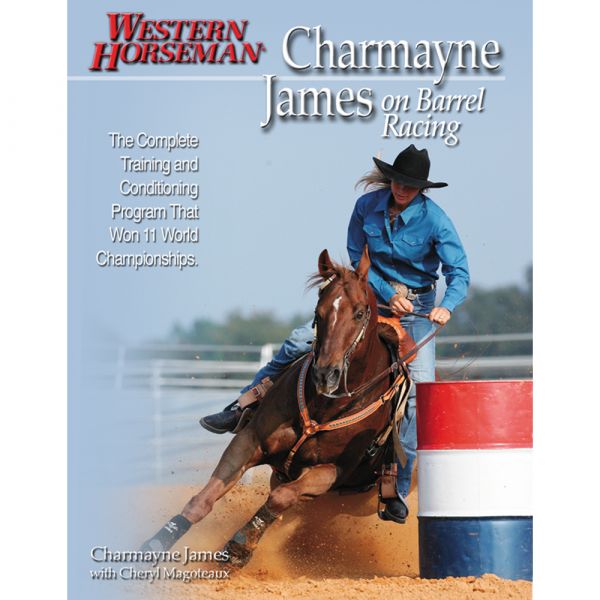 Her name identifies an industry. Say "Charmayne" and it's like dropping Babe Ruth's moniker or Michael Jordon's or Lance Armstrong's.
People who don't even follow the sport know that Charmayne James is the greatest barrel racer of all time.

She burst on to the professional rodeo scene in 1984, winning the first of eleven world championships before her fifteenth birthday.
In the next nineteen consecutive years, she qualified for every National Finals Rodeo and became the most decorated female equine athlete of all time.