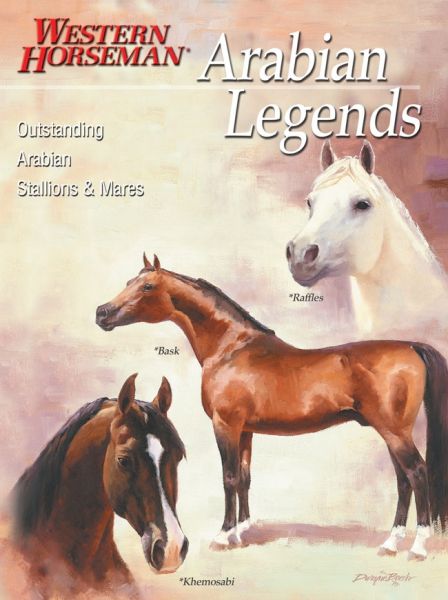 By Marian K. Carpenter Edited by Pat Close The Arabian is very likely the most storied breed in equine history and unquestionably one of the most popular. During the last half of the 20th century, a number of key stallions and mares have played prominent roles in establishing the Arabian breed in the United States. Arabian Legends pays homage to 24 of these outstanding horses. Each Arabian Legends chapter features a particular horse and presents the story of his or her life. A four-generation pedigree, many photographs, and a summary of that particular horse’s performance record and sire or production record are included with each equine biography. The book introduction provides a short course in Arabian horse history, prominent strains and bloodlines within the breed, the organizations that have sustained the breed and the most highly acclaimed awards for Arabian horses. Author Marian K. Carpenter is a lifelong Arabian enthusiast and longtime equine journalist, as is Pat Close, the retired longtime editor of Western Horseman magazine.Softcover, 8 ½ by 11 inches, 279 pages, black-and-white and vintage photographs.